Dani is a veterinary assistant in Redmond who adores spending time with her daughter and creating art. 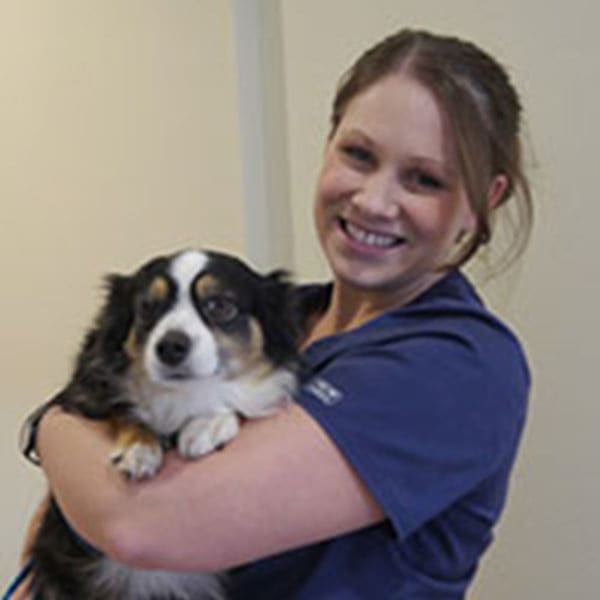 In October 2016 Dani joined Cinder Rock’s staff of veterinary assistants. Dani is living in Redmond now, but she had spent much of her life in San Diego, CA and also Charlo, MT. She was a student for four years at San Diego Mesa College and also San Diego State University. As long as she can remember, Dani has been passionate about animals and for many years was busy working in the pet retail industry. She enrolled in Animal Behavior College, an online veterinary training program and became a certified veterinary assistant. She did an internship at a veterinary clinic in Portland before coming to Central Oregon and landing at Cinder Rock.

Dani shares her home with her daughter Lexi and their two kitties: Motor and Bean. Motor is a neutered male orange tabby and Bean is a spayed female cat with unusual colors of black, white and brindle.
Above all else, Dani’s favorite thing to do when she is not working is spending time with her daughter. But her other major interest is art. She loves both drawing and painting. In addition she loves getting out on the river, especially when she can spend the day fly-fishing. And Dani says that nothing beats snuggling up with a good book.